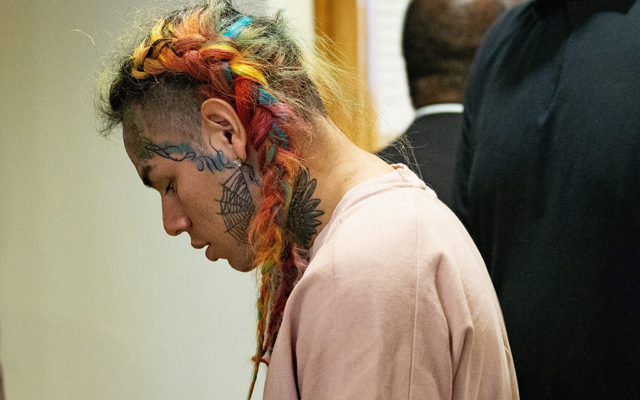 6ix9ine Likens Himself To The Joker: “There’s Somewhere Deep Down Where You Fall In Love With That Guy”

The documentary of rapper 6ix9ine, “Supervillain: The Making of Tekashi 6ix9ine”, premiered last night on Showtime.
In the series, 6ix9ine compares himself to a villain like the Joker. He says he’s someone that you want to hate but you just can’t, and that you can’t stop watching everything he’s doing.
The rapper shared that his step father was murdered during an afternoon trip to the grocery store when he was 13 years old. He also stated “I feel my steppops was a superhero” and that “superheros always die. F*** being a superhero, I want to be a villain. Villains never die”.
Do you think he’s right? Is he someone that society wants to hate but doesn’t?

“You’re rooting for her”: Aubrey Plaza on her “questionable” character in ‘Emily The Criminal’