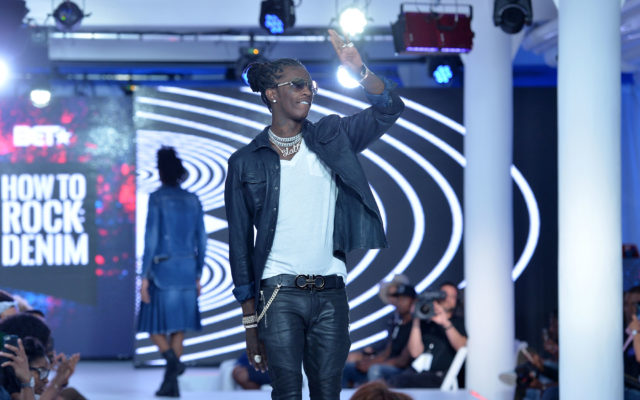 NEW YORK, NY - AUGUST 10: Young Thug greets the audience from the runway during the BET How To Rock: Denim show at Milk Studios on August 10, 2016 in New York City. (Photo by Noam Galai/Getty Images for BET Networks)

Young Thug took to social media to shut down those who are criticizing him about everything.
The rapper said he doesn’t care what others think because his family “don’t want for anything”.
He talked about the struggles that his family has gone through over the past few years and how he’s helped them get through those challenges.
Young Thug gave advice to those “young entrepreneurs” to keep going and don’t be worried about how they’re looked at or viewed as long as your family is straight.
How do you handle criticism? Do you honestly care about what others think of you?