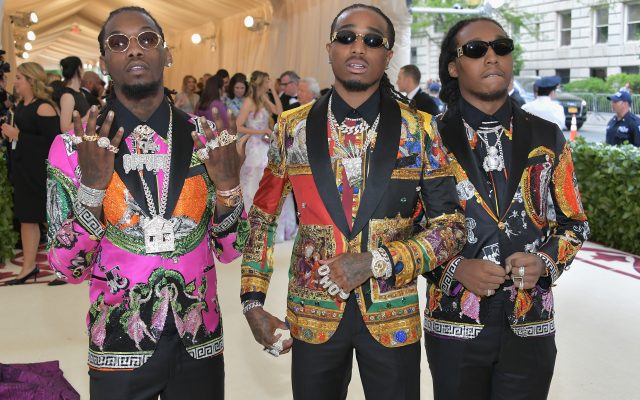 NEW YORK, NY - MAY 07: (L-R) Offset, Quavo, and Takeoff of Migos attend the Heavenly Bodies: Fashion & The Catholic Imagination Costume Institute Gala at The Metropolitan Museum of Art on May 7, 2018 in New York City. (Photo by Neilson Barnard/Getty Images)

Migos has just announced that they will be the hosts for a four-day fan experience with the group in Las Vegas.
The whole experience is in support of the release of the group’s upcoming album Culture III.
There will be performances by Migos and other hip-hop acts at clubs and pool parties all around Vegas.
If you want in on the fun travel packages include four-day, three-night stays at some of your favorite spots on the Vegas strip.
Have you ever slipped and told someone what you did while in Vegas?